Trump’s team fears climate change differences with Prince Charles could flare up in state visit / Trump’s America, where even park employees have become enemies of the state 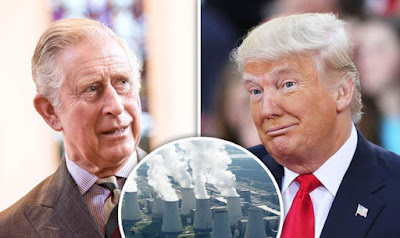 Donald Trump’s aides have raised concerns that a likely meeting with Prince Charles during his state visit could backfire because of the pair’s differences on climate change.

The US President’s team is understood to have worries that the American press could jump on any difference in comments on the environment.

There are also concerns that copycat protests based on those in Washington DC on the day of his inauguration could be seen when he comes to Britain later this year.

Mrs May presented an invitation from the Queen for a state visit during her trip to the White House, which Mr Trump accepted - though dates are yet to be announced.

While the schedule for the visit is still being arranged, it is expected Mr Trump will meet with Prince Charles as well as other members of the Royal Family.

Prince Charles this week called for action on climate change to avoid “potentially devastating consequences” while Mr Trump is a known sceptic.

Sources close Mr Trump and UK Government figures told this newspaper there were concerns that any joint appearance could see the pair questioned about climate change.

An ally of Mr Trump told this newspaper: “They have different views [on climate change]. Prince Charles would probably rather meet Al Gore.”

A senior Whitehall source said that Mr Trump’s team had expressed fears that “a dispute will be played up massively” by the press and overshadow the trip.

However they played down the significance of the concerns, saying the pair may just meet for a “handshake” and private talks.

Security services are understood to be already scoping out how Mr Trump could visit the Churchill War Rooms and Balmoral as the schedule begins to take shape.

There are worries in Trump’s camp that large scale protests could blight the visit, given public concern in Britain about his more controversial policies.

"There are concerns that protests could get out of control like in Washington DC, when there were pockets of violence and damaging of property," a friend of Mr Trump said.

"There would have to be some controls [in Britain]. But that is not unusual. World leaders visit Britain every couple of months." 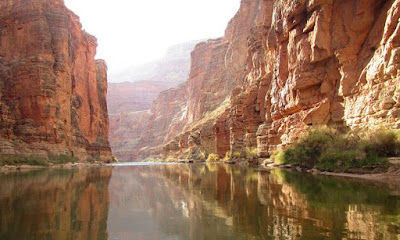 Trump’s America, where even park employees have become enemies of the state
Sarah Kendzior
Brutal policies accompanied by suppression of the facts are sure signs of an autocracy

Last Tuesday, for a few hours, Badlands National Park defied presidential orders. “Today, the amount of carbon dioxide in the atmosphere is higher than at any time in the last 650,000 years #climate,” it tweeted. The account went on to discuss ocean acidity, carbon dioxide and the founding mission of the century-old National Parks Service, which included an obligation to “leave [the parks] unimpaired for the enjoyment of future generations”.

In Trump’s America, where national parks are forbidden from communicating through Twitter, this constitutes an act of radical subversion. This is not the America I was living in a week ago.

Following a pitiful inaugural turnout, Trump, the most unpopular president ever to take office, issued an unprecedented order, stating that US institutions including the National Parks Service, the Department of Agriculture, and the Environmental Protection Agency were forbidden to independently communicate to the public.

The diktat was in part a reaction to tweeted photographs showing the discrepancy between the massive crowds that attended President Obama’s 2009 inauguration and Trump’s, one of which was retweeted by the National Parks Service’s primary account. The NPS was forced to apologise to Trump and delete the tweet. The Badlands followed suit. “Rogue” national parks accounts soon appeared, offering scientific facts in anonymity.

Trump’s rise to power was enabled by elite denial and blind faith in eroding institutions. He would not win the primary, pundits said; he could not win the general, they proclaimed; and once he was in, politicians assured us, checks and balances could keep his authoritarian proclivities at bay.

What Americans have learned is that our system of checks and balances is so weak that even parks employees can become enemies of the state. They are learning their rights as they lose them, grieving for what they once took for granted. Fear is matched by incredulity that hundreds of years of imperfect democracy could cede into autocracy with such ease. Trump’s win was followed by debate over what it means to live in a “post-facts” world. This was a fatuous debate: if facts did not matter, then Trump and his team, whose threats of punishment and litigation long preceded his official lock on power, would not work so hard to suppress them. The idea of a fact always mattered – it simply had to be the Trump administration’s facts that counted. Trump’s adviser, Kellyanne Conway, made this blatant last weekend when she stated that the administration would proffer “alternative facts” that justified its political aims.

For Trump, “alternative facts” are a balm to his fragile ego. He has claimed record turnout at his inauguration and insisted his talk at the CIA brought more applause than Peyton Manning winning the Super Bowl. This is alarming as it shows a president either not in full control of his faculties or so narcissistic that creating an alternate reality to serve his ego overrides his desire to serve the public. But the president’s ceaseless need for adoration is nothing compared to the brutality of his policies, which require suppression and manipulation of facts in order for them to be carried out.

It is hard to create a convincing alternative reality in the social media era, when it can be deconstructed by the public as it is built. But the Trump administration’s actions are less about the power of narrative than a narrative of power. This is something dissidents in authoritarian regimes have always known, as their documentation of daily life is first rebutted with state fabrications and then suppressed by threat and force, as employees of the EPA and the NPS learned last week.

America has become a country of involuntary dissidents, where those who seek to stay employed respond to illusions with allusions. (“If you’re part of a group that’s paid to applaud, you’re a ‘claqueur’,” Merriam-Webster dictionary slyly tweeted after Trump’s CIA visit, which allegedly included an entourage who clapped on command.) The media are “the opposition” and should “keep its mouth shut”, according to Trump’s chief strategist, Steve Bannon. But in a digital age, where it is increasingly hard to classify who counts as “the media”, anyone who seeks to inform the public is potentially under attack.

In one week, the Trump administration has proposed policy changes that threaten to cause suffering to masses of Americans and destroy the post-Second World War international order. These include gutting funding to federal agencies that protect everything from civil rights to the arts to economic development; stripping millions of citizens of health insurance; threatening to withdraw the US from the UN and Nato and end sanctions on Russia despite Russia’s continued authoritarian imperialism; reinstating torture and black sites; banning refugees from several Muslim majority countries and constructing a wall against Mexico that will initially be paid for with taxpayer money.

These moves feel shocking and predictable: shocking, because they are being accepted so blithely by those with power to stop them – both Democrats and Republicans are approving some cabinet members who they concur are corrupt or grossly unqualified – but predictable, because they were part of the platform of Trump’s campaign, and both the kleptocratic payout and apathy about the suffering these moves will cause are in keeping with behaviour Trump has displayed his entire life.

As scholars of authoritarianism have long advised, believe the autocrat when he speaks. The problem is that too few Americans believed in the concept of an American autocrat. Pundits ignored the threat of Trump enacting these policies through executive power. Enjoy hindsight while you can, Americans, the administration of “alternative facts” may rewrite your regrets as applause.

While the firehose of dramatic policy changes is intended to blast Americans into submission, there is one issue where the administration may find bipartisan challenge and that is the issue of the environment, in particular, the national parks. Though Trump first targeted NPS because it controls the public area where his small inauguration crowd gathered, he did so after Congress proposed to give away park land, which contributes an estimated $646bn each year in economic stimulus from recreation, 6.1m jobs, but most importantly, a core part of America’s identity and pride.

Few things bring Americans of differing political views together like love for the national parks. It is hard to find an everyday American whose dream includes having our purple mountain majesties and fruited plains sold off to the highest bidder. Both Democratic and Republican presidents have protected the national parks; even Reagan, the notorious opponent of big government, passed laws that protected the parks, along with environment regulations. That Trump’s first orders include suppression of information about the environment and prohibiting scientists and parks employees to speak suggests he sees America as little more than territory to strip down for parts.

In order to profit from national lands, he must discredit and silence those most likely to protect them: environmentalists, scientists and parks employees. That is why such a benign and beloved institution as the national parks became an object of administrative wrath.

Losing the parks would be a tragedy and it is a sign of the administration’s malice that it seems relatively minor only because other threats are so dire: destabilisation in the international order that may lead to world war; severe rupture in the national economy due to the elimination of federal positions and the Affordable Care Act; and the potential use of nuclear weapons. (Trump is the first US president to express enthusiasm for using nuclear weapons; as a result of this, nationalist extremism and Trump’s objection to research on climate change, the Doomsday Clock, a scientific measure of how close Earth is to annihilation, was moved to reflect we are closer to destruction than ever.)

The fact that Trump targeted the parks is significant in that it displays total disregard for public opinion. His administration is not even making a pretence of assuaging the public that it is acting in their interest, as even authoritarian states often do. Instead, it is acting quickly and brutally, leaving fundamental questions about citizens’ health, safety and national security unanswered.

America was a superpower; we were always big and loud and brazen. As an autocracy, it seems, we shall be so as well.

Sarah Kendzior is an author and journalist• Comments will be opened later
Publicada por Jeeves à(s) 01:24