We’re not out to punish Britain, but you need to shed your illusions / Guy Verhofstadt


Boris Johnson warns French president François Hollande against trying to ‘administer punishment beatings’ in the manner of ‘some world war two movie’ to any country that tries to leave the EU. Speaking in Delhi on Wednesday, the foreign secretary was responding to comments from one of Hollande’s aides who said Britain should not expect a better trading relationship with Europe once it is outside the EU 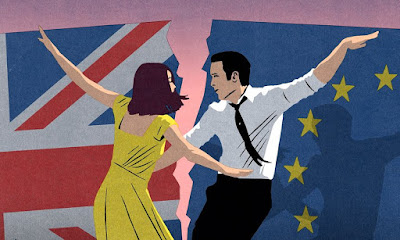 We’re not out to punish Britain, but you need to shed your illusions
Guy Verhofstadt
Although the EU will negotiate a fair deal, the days of Europe à la carte are over

Brexit really does mean Brexit. Theresa May’s long-awaited speech this week finally outlined some of her government’s negotiating objectives. Now we know that Britain wants to leave the European single market it helped to create, the customs union, and the European Union as a whole.

With only a few weeks left to the likely invoking of article 50, triggering the start of talks on Britain’s withdrawal, this clarity was much needed, and will help EU governments and the European parliament to prepare for the discussions to come. I have no doubt, however, that the process we are about to embark on will be a challenging one.

The EU will work in a frank and open manner to help deliver a Brexit that is least harmful for all concerned, but we must be honest with each other too: the days of UK cherry-picking and a Europe à la carte are over.

Contrary to the deeply unhelpful comments by the British foreign secretary Boris Johnson yesterday, who suggested that François Hollande was trying to “administer punishment beatings” in the manner of “some world war two movie”, no one in Europe wants to “punish” either Britain or the British. I have never heard any MEP or European leader call for this, in private or public.

But it is an illusion to suggest that the UK will be permitted to leave the EU but then be free to opt back into the best parts of the European project, for instance by asking for zero tariffs from the single market without accepting the obligations that come with it. I hope that British people will
Publicada por Jeeves à(s) 22:22