Public trust in media at all time low, research shows 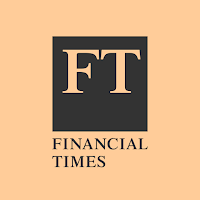 Public trust in media at all time low, research shows
People favour friends and contacts as sources of news

Public trust in traditional media has fallen to an all-time low as people increasingly favour their friends and contacts on the internet as sources of news and truth, according to research to be presented at the World Economic Forum in Davos this week.

Public anger will be fuelled by new estimates of global wealth inequality on Monday claiming eight billionaires hold as much wealth as half of the world’s 7.2bn people.

In the Edelman index, for the first time, three-quarters of the 28 countries surveyed were categorised as “distrustful” of government, business, media and non-governmental organisations.

Global public confidence in institutions has dropped by more in the past year than in any other since the financial crisis in 2009 as people eschew experts in favour of their peers.

The implications of this accelerating scepticism are “deep and wide-ranging” said Mr Edelman, pointing to the election of Donald Trump in the US, Britain’s vote to leave the European Union, likening the decline in trust to “the second and third waves of a tsunami” after the financial crisis of 2008.

Among the biggest losers of credibility was the media. Trust in media plunged from 51 per cent to 43 per cent, an all-time low for the index, with the sharpest falls in Ireland, Australia, Canada and Colombia.

The fact that a super-rich elite are able to prosper at the expense of the rest of us at home and overseas shows how warped our economy has become
Mark Goldring, Oxfam


“People now view media as part of the elite,” said Mr Edelman, which leads to a “proclivity for self-referential media and reliance on peers”.

Business leaders also fared poorly. Trust in chief executives fell 12 points to 37 per cent, a level not seen since the aftermath of the 2008 financial crisis.

At the core of this lack of faith was fear and unease in people’s lives. Even the informed public segment of the 33,000-person survey — a group of well-educated, wealthy individuals — have become less trustful, with 51 per cent saying the overall system has failed them.

To highlight the focus of the World Economic Forum’s theme of fostering more responsible leadership, the charity Oxfam has again starkly sought to highlight the gulf dividing the world’s richest people from the bulk of humanity.

Its figures are often disputed, but, using new data for the distribution of wealth in China and India, Oxfam now estimates that only eight billionaires own as much as 3.6bn people. Last year it said the 62 wealthiest people held as much as half of the world’s population.

The eight plutocrats named by the charity were based on the Forbes rich list and mostly made their money from owning US corporations. They were Bill Gates, founder of Microsoft; Amancio Ortega, founder of Inditex; Warren Buffett, chief executive of Berkshire Hathaway; Carlos Slim, the Mexican telecoms titan; Jeff Bezos, founder of Amazon; Mark Zuckerberg, co-founder of Facebook; Larry Ellison, co-founder of Oracle; and Michael Bloomberg, founder of Bloomberg.

Seeking to channel anger at institutions and the richest people, Mark Goldring, UK chief executive of Oxfam said: “The fact that a super-rich elite are able to prosper at the expense of the rest of us at home and overseas shows how warped our economy has become”.